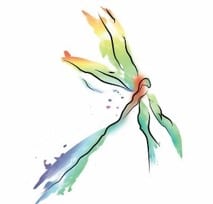 Project summary: An astounding 66% of women in Mexico have suffered at least one incident of violence in their lives. In San Luis Potosí, the incidence of murdered women in the state increased in 2017. With strong culturally driven gender inequality in the region, many men are not equipped to respond to the changing roles of men and women and this has led to an increase in gender-based violence. As more women enter the workforce, receive higher education, and challenge traditional gender norms, men’s response is often violent or deadly toward women. This project will address violence against women by educating the next generation of men—boys in school. Animos Novandi will advocate with the Ministry of Education to design and approve a “new masculinities” curriculum to be implemented with approximately 9,000 students in all of San Luis Potosi’s public 5th-grade classes. The curriculum will work to build more equitable gender norms and empathy between girls and boys in order to reduce violence against girls and women, eliminate gender stereotypes, and redefine the hegemonic standard of masculinity, impacting not only the students but their families as well.