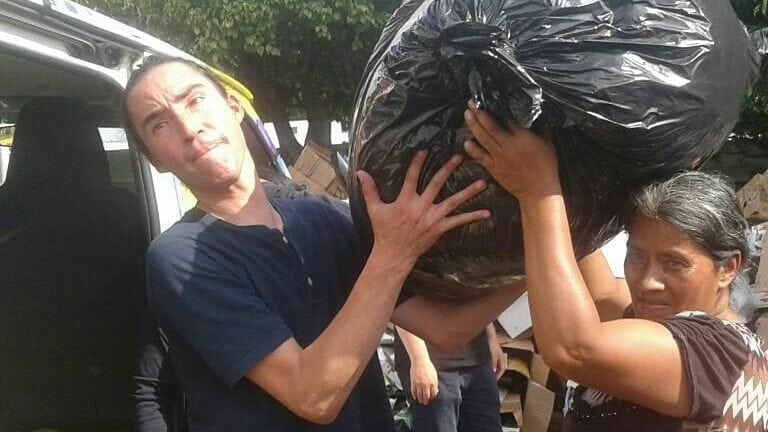 The tragic and deadly eruption of the Fuego volcano earlier this month in Guatemala reminded us of the tremendous power of nature, and also of the relentless fortitude of our Champions and allies. More than 3,000 people were evacuated from their homes, thousands of acres of cultivated land were lost, and unfortunately more than a hundred were buried by mud in their own homes.

As rescue efforts began to organize, so did Rise Up Champions in Guatemala. Many of our leaders, grantees and partner organizations organized or contributed to recovery efforts; donated food, clothes, and supplies; and traveled to the affected areas to help. Rise Up Champion Saúl Interiano, from Asociación Coincidir, organized a relief and donation center, and personally delivered to the towns. Likewise, Rise Up Champion Guillermo Leverman, from Childfund, is leading a response effort to provide psychological support to affected families.

The way to recovery is long and challenging, and our commitment to invest in Guatemala is stronger than ever. In solidarity, we Rise Up with Saúl and Guillermo and all our allies who have responded quickly and effectively to support those impacted by the volcano eruption in Guatemala.