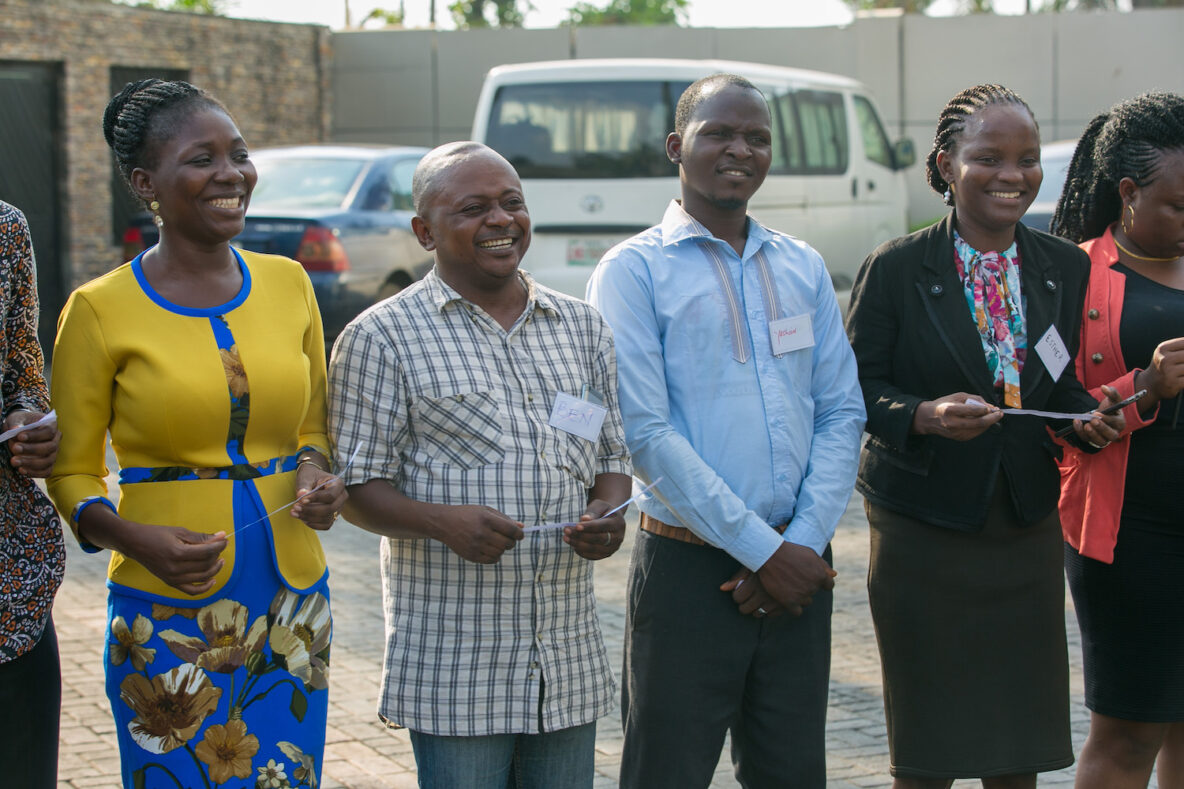 By Eliza Patterson, Rise Up Intern

Meet Benjamin Maigari, a Rise Up Leader from Kaduna State in Nigeria. With support from Rise Up, Benjamin is improving girls’ access to education in his community, so that girls in Kaduna State and throughout Nigeria can fulfill their potential. 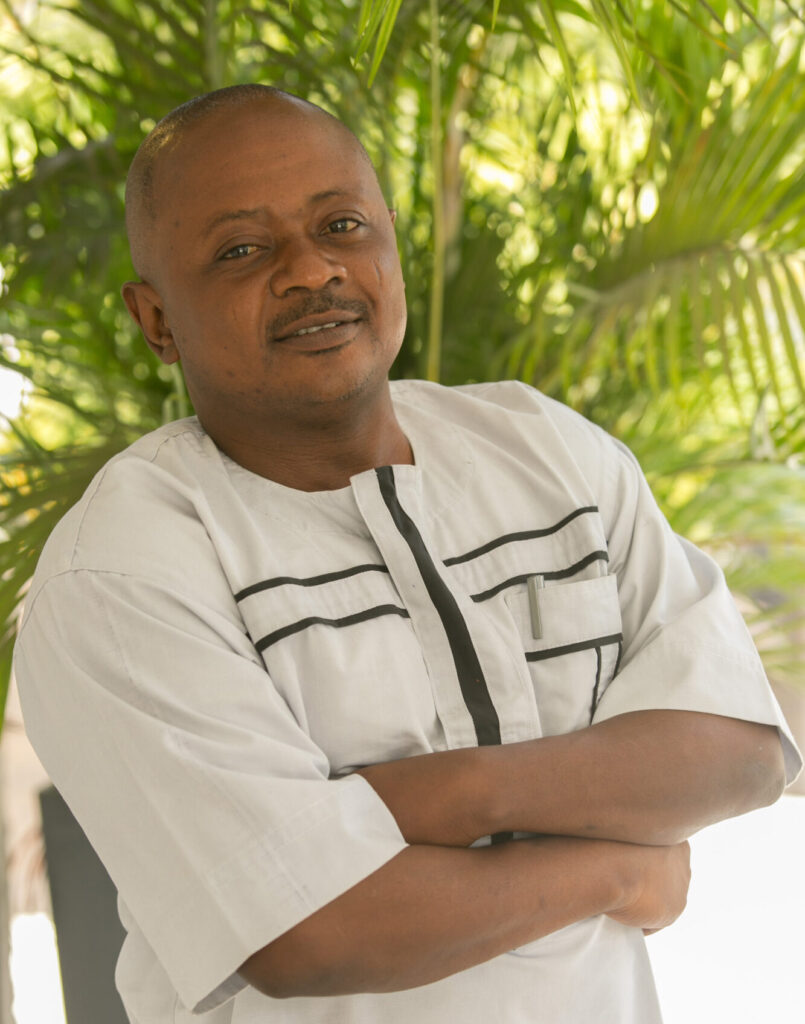 An experience with a friend in high school instilled Benjamin Maigari with the drive to combat gendered educational disparities in Nigeria. “I was in class with a girl who was clearly much smarter than me but was never given the opportunity to thrive. By high school, she had been married off, and a year later she passed away during childbirth. I promised then to fight for the education and future of girls,” said Benjamin.

As a Rise Up Leader, Benjamin is doing exactly that. Recently, Benjamin and his organization Africa Media Development Foundation (AMDF) worked with girl leaders in Nigeria’s Kaduna State to approve a policy to help expand access to education for approximately 224,000 girls.

Moreover, Benjamin understood that because the high dropout rates for girls reflected community norms that valued the advancement of young men over that of young women, addressing them would require shifting those norms in addition to policy change. “Families that could only afford to send one child to school always chose their son because he would be the one to continue the family name,” said Benjamin. On the other hand, many young girls got married or became pregnant and were then pulled out of school.

At Rise Up’s Advocacy and Leadership Accelerator in November 2018, Benjamin learned how to be a more effective advocate. Afterward, Benjamin decided that he would use what he learned during the Accelerator to work with AMDF to help fulfill the government’s promise of free and compulsory education for girls.

“Before my Rise Up training I didn’t know that I needed to have such concrete goals and milestones to work towards,” said Benjamin, “Now I can go to any government official and tell them exactly what I want, how I think it can be achieved, and how long it is expected to take. Without being explicit and direct, it is so hard to accomplish anything meaningful.” 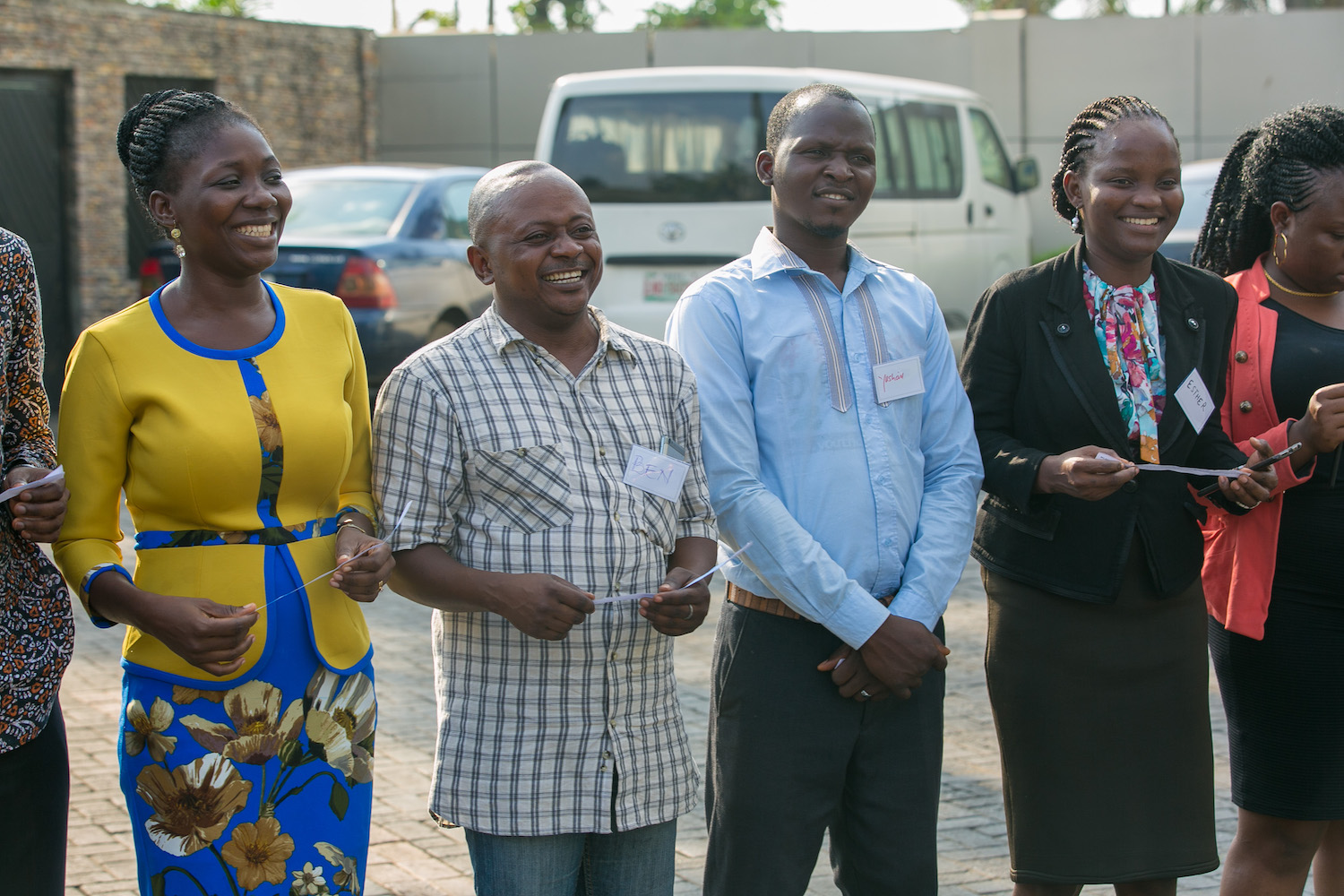 Ben, second from left, during a group activity with fellow Rise Up Leaders at the Accelerator in 2018.

With funding and support from Rise Up, Benjamin and AMDF created a campaign to garner public support and political approval to create a policy to expand girls’ access to education. Benjamin and AMDF recruited 20 girl leaders to provide input on the policy and help advocate for its approval.

Together with over 60 public secondary school principals, education officials, Parent Teacher Association members, and the Ministries of Education and Human Services and Social Development, the girl leaders developed a policy framework that would ensure free and compulsory education for girls in secondary school. These girl leaders added clauses to the policy to reflect their needs and helped shape media and community relations campaigns to build support for it.

Because of the importance of religion in Kaduna, AMDF began by recruiting religious leaders to back the policy. They worked closely with leaders of all denominations to demonstrate that there was no religious basis to deny girls equal access to education. Once they were assured of the religious legitimacy of the project, families quickly started expressing their own support.

The media campaign, led by Benjamin, AMDF, and the girl leaders, helped raise awareness about the need for education reform by providing the community with a public forum to express their support for the proposed policy. The outpouring of approval the community voiced for the policy encouraged the Kaduna State governor to express his support for it, too.

In September 2020, Benjamin, the girl ambassadors, and the AMDF succeeded in getting formal approval from the Honorable Commissioner Ministry of Education in Kaduna State for free and compulsory education in Kaduna county, benefiting approximately 224,000 girls. 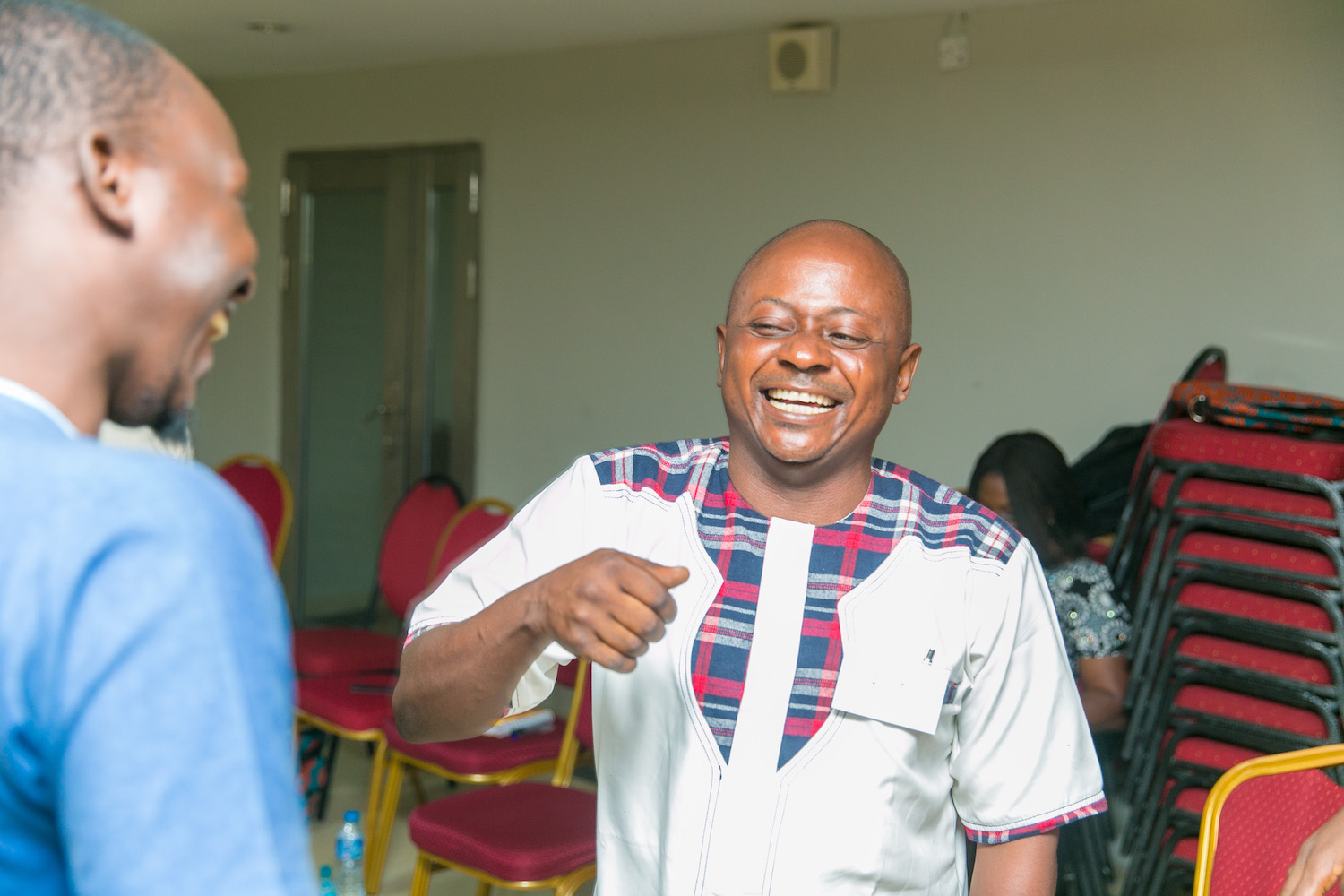 Benjamin laughs with a fellow Rise Up Leader during the Accelerator.

Benjamin’s advocacy work will not end with the completion of his project in Kaduna. “The effective advocacy strategies I learned during my Rise Up training and my ability to write a professional project proposal has enabled me to get funding from other sources to continue my work in Nigeria,” he said. Equipped with the training, funding, resources, and networks to amplify his impact, Benjamin has become a powerful and lasting voice in the fight for girls’ education and women’s equality.

“To me, girls’ education is the foundation for nation-building, and to have played a part in that is my greatest accomplishment, ” said Benjamin.