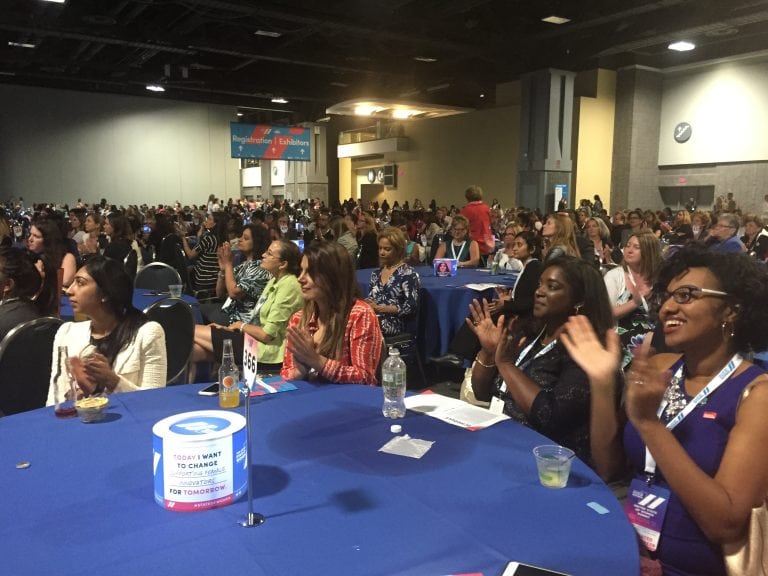 Rise Up Executive Director Denise Dunning highlights the key themes from the United State of Women Summit on June 14, 2016.

That’s how one of Michelle Obama’s policy advisors described the United State of Women Summit, reflecting on the Summit’s goal of developing a shared agenda for women and girls. Convened by the White House, the Summit is a chance to examine what we’ve achieved in advancing the rights and well-being of women and girls in the US and globally. It’s also a critical time to reflect on what remains to be done, and leverage that momentum to power forward what comes next. Because while much progress has been made, there’s still a whole lot more to do.

As Catherine Russell, US Ambassador-At-Large for Global Women’s Issues, succinctly put it, “I’ve seen first-hand that the issues on the agenda today—from gender-based violence to girls’ education to economic and leadership opportunities for women—aren’t just American issues. They’re global issues.”

The United State of Women is the first Summit of its kind, bringing together thousands of leaders working to improve the lives of women and girls in the US and around the world. Leaders from Michelle Obama to Warren Buffet, Oprah and policymakers across the political spectrum are joining leaders from civil society, business, media and government to discuss our ongoing challenges and ensure that making concrete progress for girls and women is central to our joint agenda. 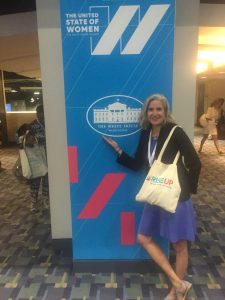 I attended the Summit in my capacity as founder of Rise Up, which advances health, education and equity for girls, youth and women everywhere. During the Summit, I had the chance to speak with some of the most visionary leaders in our field—and a few key themes emerged.

“It is often tempting to think about ‘women’s issues,’ but it is important to note that there is no such thing—what we should be pushing for in every instance is the right for 50 percent of the world to be included and heard on all issues,” Kavita N. Ramdas, Senior Advisor for Global Strategy at the Ford Foundation, shared with me. “Of course, women and girls care about their health, reproductive rights, education and violence, yes, but we also care about effective business, inclusive economies, fair wages, immigration, incarceration and criminalization of the poor, fossil fuels, climate change, nuclear weapons, militarization and gun control. This is our world too and we care about making it more livable, more just, and more equitable for everyone.”

Many of these issues are central to the new United Nations’ Sustainable Development Goals, which reflect the importance of women and girls to building a safer and more sustainable planet. Building on this global conversation here in the US, the United State of Women gives us the chance to focus on core issues of domestic and global relevance, including economic empowerment, health, education, violence, entrepreneurship and civic engagement.

One of the Summit’s central themes is the economic empowerment of women and girls, with the recognition that we still have a long way to go. Though the wage gap has lessened slightly, women still earn 79 cents on the dollar compared to men. Paid sick leave, paid family leave, childcare, a livable minimum wage—basic standards in most wealthy countries—too often still feel like a pipe dream here in the US.

“It’s not complicated,”Sarita Gupta, Executive Director of Jobs with Justice and Co-Director of Caring Across Generations, told me. “What is going to help bring millions of women and their families out of poverty, plain and simple, is when women are able to negotiate with their bosses about their terms of work that let them put food on the table, pay the bills and spend time with their loved ones. Just imagine what’s possible if every woman demanded a fair return on the work they do. If every woman in this country had a say in how their work gets done. If we could negotiate for the hours to manage life and work and the pay that sustains our families. Because when we do right by women, everyone wins.” 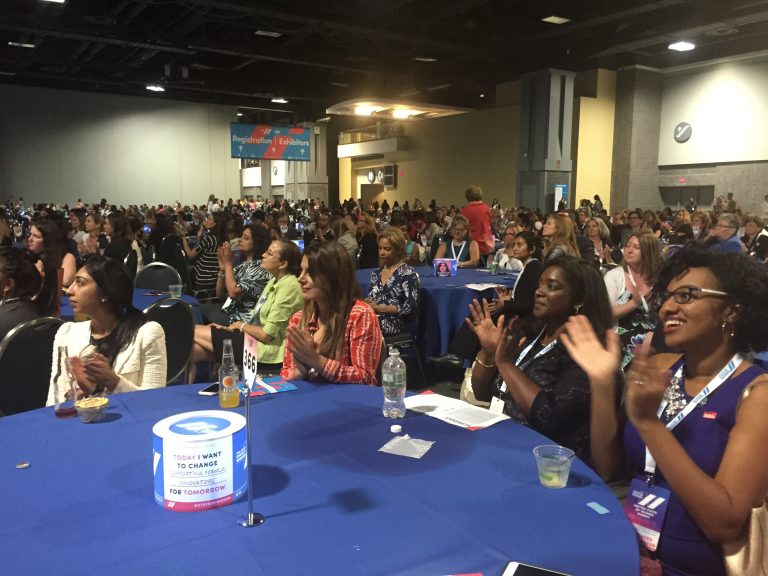 The Summit’s focus on health and wellness includes themes of health care delivery and global health. In terms of progress, the Affordable Care Act has an important focus on improving the health of pregnant women and their newborns. “A right isn’t worth much if you can’t access it,” Cecile Richards, President of the Planned Parenthood Federation of America, noted. “Every person must have equal access to reproductive health care.”

Here in the US and on a global scale, ensuring the health of women and girls is still a major challenge. While maternal mortality rates have decreased globally, the US is one of only eight countries in the world—along with Afghanistan and South Sudan—where maternal mortality rates have actually increased, especially among women of color. And globally, 800 women still die every day due to pregnancy and childbirth complications. The majority of these maternal deaths are preventable, but we will only transform these devastating realities by prioritizing and investing in the health of girls and women, everywhere.

In the area of education, the Summit highlighted the critical role that girls’ education plays in advancing economic growth and global security. Discussions centered on the importance of early childhood education, STEM opportunities and the challenges facing millions of girls around the world who fight every day for the basic right to attend school. President Barack Obama spoke powerfully during the lunchtime plenary about the social, cultural and economic obstacles that prevent women and girls from achieving their full potential. He asserted that gender equality must be a foreign policy priority and that investing in girls’ education is key to ensuring our collective future. “We know that any country that oppresses half the population, that doesn’t let girls go to school, or give them control of their own bodies, is a society that will not work over the long term,” he said. “We’re encouraging more girls to pursue their love of science, technology, engineering and math. Everybody has a role to play to create more opportunity for women and girls. Even as we make progress at home, we look abroad…. We’re empowering the next generation by investing in adolescent girls and advancing Let Girls Learn to get 62 million girls into school.”

Many conversations throughout the Summit have integrated a focus on violence against women and girls, recognizing the ways in which violence is a global pandemic that affects health, education and equality for women and girls. One out of three women is a survivor of gender-based violence and girls remain uniquely vulnerable to abuse, especially within our criminal justice system. Vice President Joseph Biden summed it up during the Summit’s morning plenary: “Ultimately, we have to give women and girls a greater voice but that’s not enough… every single woman has a fundamental right to live her life free of violence.” Major themes during the Summit included domestic violence, campus sexual assault and trafficking of girls and women, with the widespread consensus that gender-based violence is intolerable and we clearly have to do better.

In the areas of civic engagement and entrepreneurship, the Summit highlights that women hold less than a quarter of elected offices in the US, and are only 4.6% of Fortune 500 CEOs. Enabling girls and women to raise their voices and step into their power in both business and politics is key to the future of our country and our world. “Just three percent of VC funding goes to companies with a female CEO—and that’s not because there’s a lack of women starting incredible businesses,” Elizabeth Gore, Dell’s Entrepreneur-in-Residence, told me. “We’re fighting to give women around the world better access to capital, technology, networks and markets to help them scale and grow. Women are starting more businesses than ever before, and end up investing 90 percent of their income back into their communities. We need to support the women entrepreneurs in the world who are the job creators, idea makers and game changers.”

Today’s Summit highlighted that advancing the health, education and equity of girls, youth and women is central to both achieving our potential as a country and advancing the sustainability of our planet. And while we have made some significant gains, addressing the remaining challenges requires us to rise up collectively with a shared agenda for action. 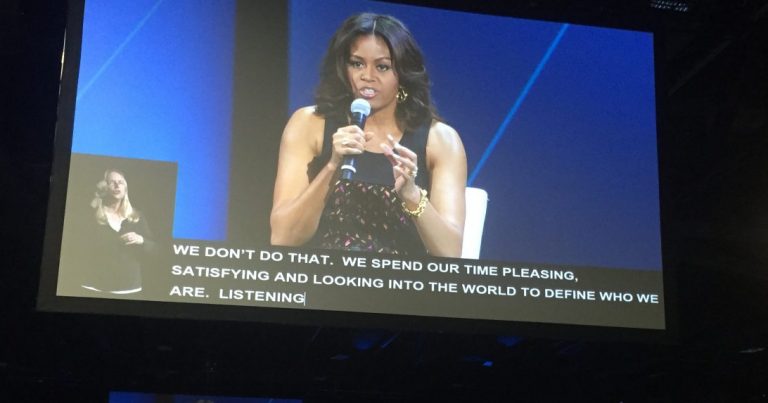 “There’s 5000 women and men in this room,” Oprah said in conversation with Michelle Obama today. “What is the one thing you want us to leave here with? What is the one charge or one offering?”

Obama responded, “The work always continues. We’re never done. We can never be complacent and think we’ve arrived because we’ve seen in recent times how quickly things can be taken away if we are complacent, if we don’t know our history.”

The Summit is an important step to ensuring that our whole is greater than the sum of our individual parts. And now it’s time for us all to move forward with our collective To Do list. 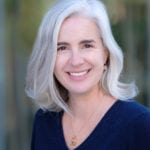