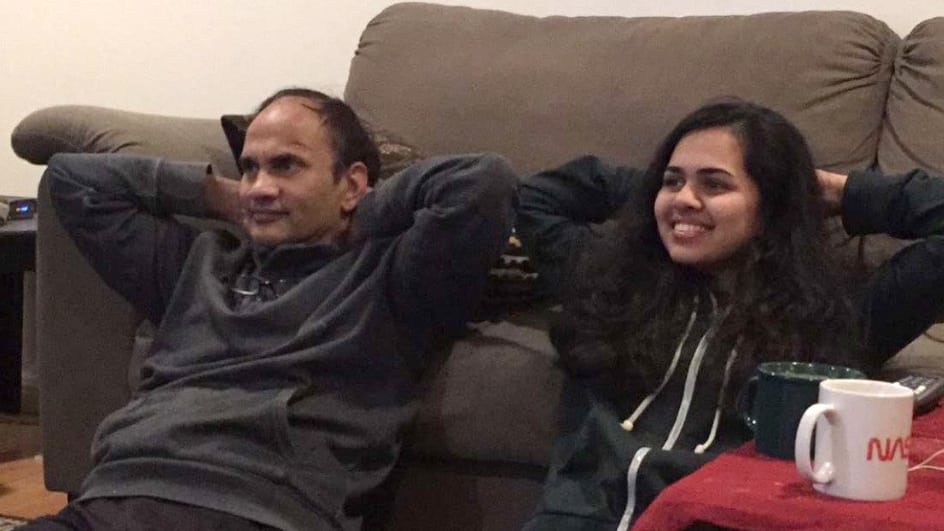 I learned how to be a feminist from my parents. My mom has always been a fierce advocate for women’s rights and was always steadfast in her efforts to be a great feminist role model. This contributed to the sense of self confidence and self empowerment that I carry today. My mom taught me how to be a feminist, but my dad taught me the standard to expect of male feminists.

It was my dad who demolished stereotypes around feminism and taught his three daughters what a strong, compassionate, feminist father should look like. Despite growing up in a patriarchal society which touts male dominance, my dad worked in equal partnership with my mom to raise us to be good people and strong women.

Beyond constant verbal encouragement to go after my goals and reach for the stars, my dad has always been willing to step outside of his comfort zone to demonstrate this support. From coaching my soccer team to taking a Bollywood dance class with me, my dad showed us that men and women, boys and girls can do sports, dance, play with dolls, and move heavy furniture, regardless of gender.

My dad’s unique approach to fatherhood and undeniable feminism allowed me to understand, early on, that feminism is for EVERYONE!

My life growing up as a boy in India was very different from most boys in India. I was raised to be a supporter of girls and women in a society that had different roles for girls and boys. My mother had a greater influence on me than my father who worked a lot. Even though I have a sister, she was much younger than me and wasn’t expected to help my mom in the way that I was. I was expected to help with housework because I was the oldest.

I remember being very excited about my sister’s birth. I would want her to play soccer and cricket with me, but aside from school, there weren’t any co-ed teams. I never really understood why it wasn’t okay for her to play sports with me. As I grew up, I began to understand why there were certain expectations for girls, but not for me, a boy.

When I had my first daughter, I decided that I wouldn’t allow her to accept the limited expectations of others. As each of my daughters came into this world, my wife and I wanted them to have opportunities and strive to be their best, regardless of their gender. The fact that they are girls, never mattered. They could do anything! And they did. They play sports, they stand up for what they believe is right, and they are incredibly strong, both mentally and physically.

To new fathers I would say, don’t put barriers on your daughters. If people stop putting barriers on girls, they will do so well at whatever they want to achieve. Encouragement is good and important, but discouragement is exponentially worse.

written by Riya Singh, Rise Up advisory board member and research fellow, and her Dad Rudra Singh