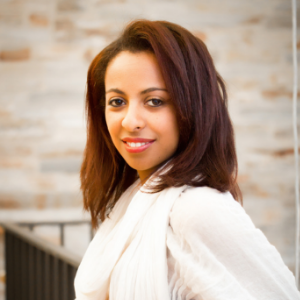 Tinbit is a passionate advocate for girls’ rights and education. At Whiz Kids, she was initially selected and trained to produce one-minute films on diverse gender and sexual and reproductive health and rights (SRHR) issues. She subsequently became the writer and creator of “Girls in Red,” a new animated television series about teen girl heroines who redefine gender roles and educate others about SRHR and gender-based violence. Tinbit holds a law degree from Mekelle University College of Law and Governance.

Girls in Red introduces a new action-drama animation series that features three superheroines, Tigist (patience), Tesfa (hope) and Ewnet (truth) who are between the ages 10 – 18 and takes us on their adventure of how life in Ethiopia is for young girls as they fight issues relating to sexual and reproductive health and rights and societal injustice.