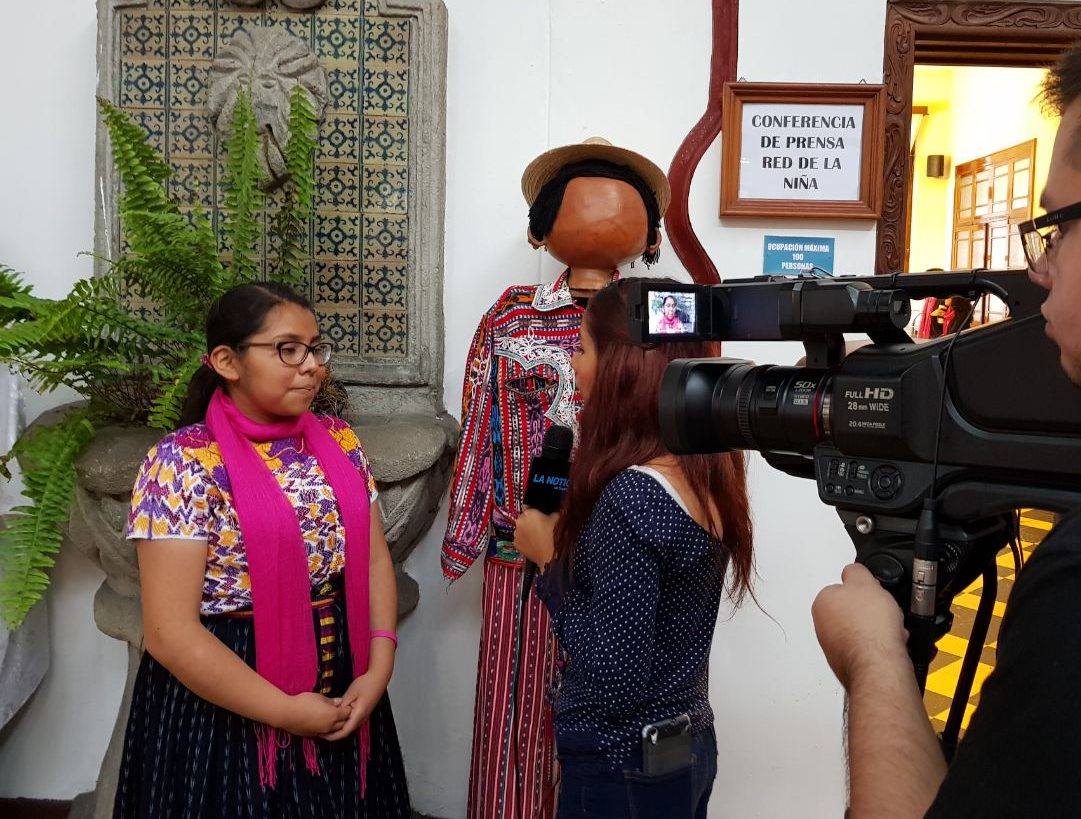 New legislation closes a major loophole in the law, a major victory for girls in a country that has one of the highest rates of child marriage in Latin America. According to Unicef, 30 percent of girls are married by 18 years of age in Guatemala. Most common among Mayan indigenous communities, child marriage is driven by poverty, tradition and lack of education and economic opportunities.

Previously in Guatemala, the minimum age for marriage was 16 for boys and 14 for girls. Adolescent girls in Guatemala are the main victims of sexual violence and exploitation, child marriage being one of its forms. Forced into early marriages, girls’ basic rights were flagrantly violated. Child brides are not allowed to make decisions over their bodies and their futures and aren’t given the opportunity to live to their full potential.

Starting in 2013, Rise Up began investing in girl-led advocacy to pressure Guatemalan law makers to increase the minimum age of marriage to 18 years. One of Rise Up’s main partners and grantee in this effort was APROFAM (Pro-Family Association of Guatemala), who was trained in Rise Up’s Let Girls Lead girl centered methodology, to meaningfully engage adolescent girls in direct advocacy with law makers. APROFAM and Rise Up’s country staff played a key role in bringing girls to the table with decision makers, sharing their experiences and dreams for their future and advocating for their right to delay marriage. This campaign led to the first big step towards banning child marriage in Guatemala, a law that increased the legal age of marriage to 18 in November 2015.

However, a major loophole in the law allowed for girls and boys 16 to 18 years old to be legally married with the consent of a family judge. Conditions to qualify for the loophole were easily met, and between November 2015 and August 2017, 2,221 child marriages were registered by the National Registry (RENAP). Over seventy five percent of these marriages were between adolescent girls and adult men.

But girl leaders and civil society activists refused to give up, continuing in their fight to end child marriage. A strong and strategic civil society advocacy network was already in place, and activists began strategizing immediately to close the loophole. The Adolescent Girls Working Group, or Mesa a favor de las Niñas y Adolescentes in Spanish, a network of community based organizations and international nonprofits, including Rise Up grantees and country staff, partners and allies still had other battles to fight, and got to work immediately to ensure that no child would be forced into marriage.

“We recognize that the elimination of the loophole favors adolescents, men and women, although we also emphasize that those who suffer most from the violation of their rights are adolescent women, who are married off in exchange for land, money, livestock, valuables or as a solution to pregnancy, to men who often double or triple their age,” said Adolescent Girls Working Group in a recent press release.

After months of strategic advocacy, press conferences, letter-writing and social media campaigns, Guatemala’s Congress voted to eliminate the loophole in August, 2017. “I feel great joy knowing that we have set a precedent in the national legislation to protect girls and adolescents,” Veronica Buch, Rise Up’s Country Representative, told Ms. “A girl’s ultimate dream and goal in life should never be to get married, but to live a happy adolescence. No more girl brides in Guatemala!”

“I feel proud to have participated in this advocacy effort,” Eyleen, a girl leader from Rise Up’s Guatemalan Girls’ Network who played an active role in the campaign, asserts, “because I contributed to seeding a legal framework for girls’ rights that allows all adolescent girls to dream and accomplish their life plan.”

So what’s next? Locally-based campaigns will be key to educating communities about the new law to ensure effective implementation and building broad-based support for girls’ rights. Further, girl leaders and advocates will continue to tackle the complicated and overlapping issues of extreme poverty, limited economic opportunity and barriers to education that prevent girls from achieving their potential.

“There are still many public policies to advocate for on behalf of girls in Guatemala. Because we are a young country, youth are Guatemala’s most valuable resource,” shared Eyleen, as she promised to continue advocating for other adolescent girls like herself. Claudia Romeu is the Program Manager at Rise Up. Rise Up advances health, education and equity by enabling girls, youth and women to transform their own lives, communities and countries. Rise Up invests in visionary leaders, local organizations and innovative solutions to achieve large-scale change through leadership development, advocacy capacity building, grantmaking and effective storytelling. Since 2009, Rise Up’s powerful network of over 500 leaders has directly benefited 7 million girls, youth and women, and advocated for over 100 laws and policies impacting 115 million people in Africa, Latin America, South Asia and the US.