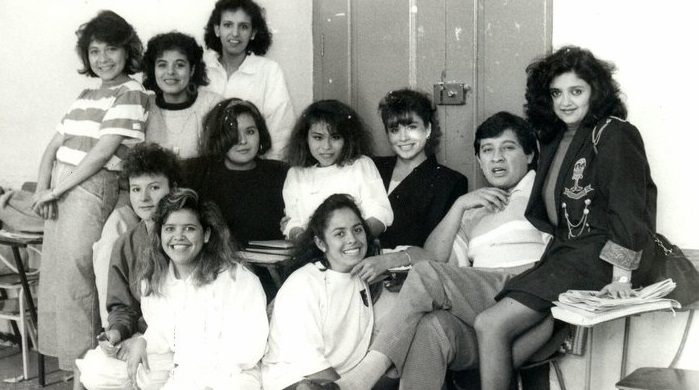 Rise Up Leader Marcela García Vázquez is the founder and general director of the Nueva Luna organization, which is recognized for its work with incarcerated women in San Luis Potosí, Mexico. Since becoming a Rise Up Leader in 2018, she has successfully led projects supporting the social reintegration of women who were formerly incarcerated and promoting indigenous women’s political rights. This September, she will enter the State Congress of San Luis Potosí as a congresswoman, where she will work to advance women’s rights as the only feminist female representative.

Recently Marcela spoke with Fabiola Rivera Rojas, Rise Up’s Mexico Country Coordinator, about her journey as a leader and advocate.

Interview has been translated from Spanish and edited for length and clarity. 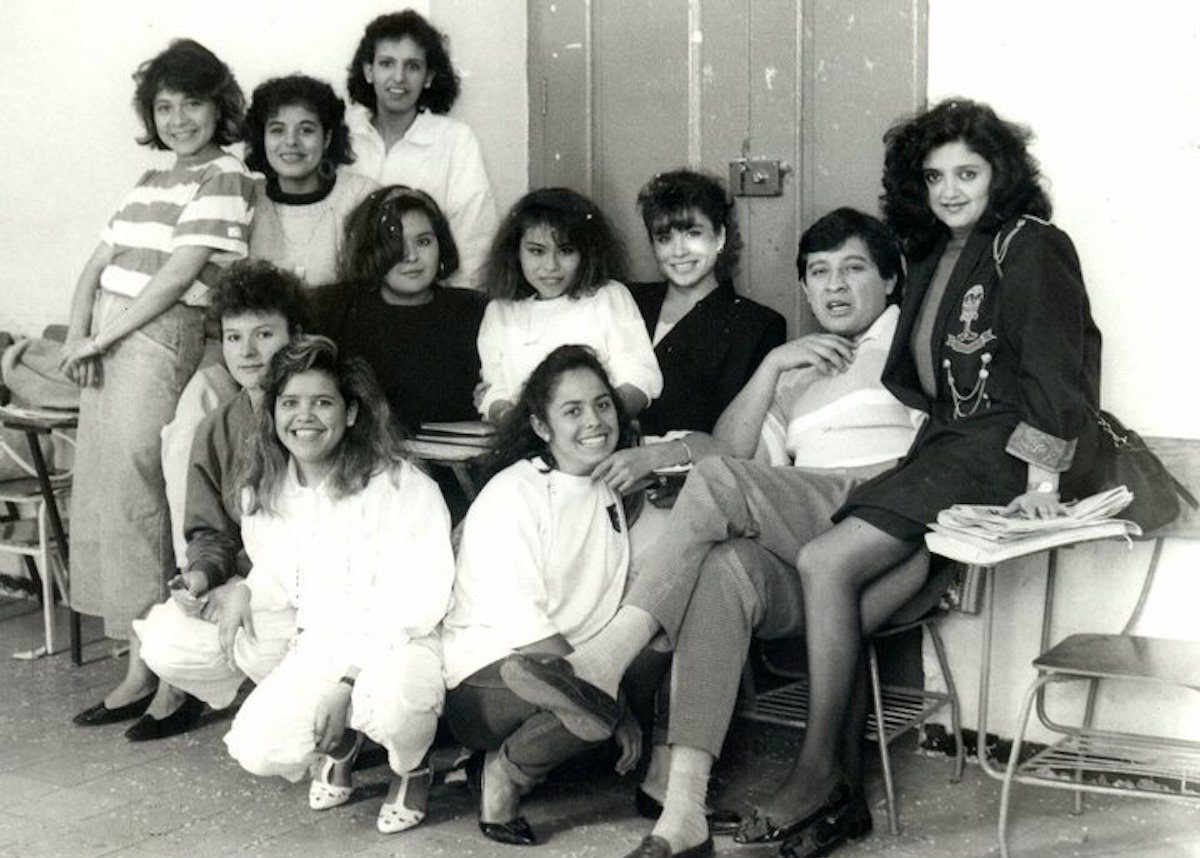 Marcela: I think my trajectory could be described as: “From being a rebel to being an advocate.” I think I have changed from being a rebellious woman, one who wanted to get things done but always in a rush, hastily and without technique or methodology, without guidance like yours or Rise Up’s. You and this experience have given me guidance, calmed me down, showed me  “how to.”

Marcela: When I was a little girl I really wanted to do things. I did some important things as a child: I organized groups with women, adolescents, and girls where we did things that we enjoyed, like art. My mom would send me on Saturdays to homes for the elderly to help elderly women and doing that became a habit. By the time I was a teenager, I already knew I wanted to continue helping and to change the world.

When I started college, I started becoming aware of the inequalities between men and women. I learned about this from my psychology professor, who I remember very fondly, Laura Elisa Castillo —a pioneer in feminism in San Luis Potosí. I really liked what she had to say. It caught my attention, and from there I started doing university politics. But I was always at the side of men and never took the lead. Even though there were people who believed in me, who would follow me, I had never defined myself as a leading woman. 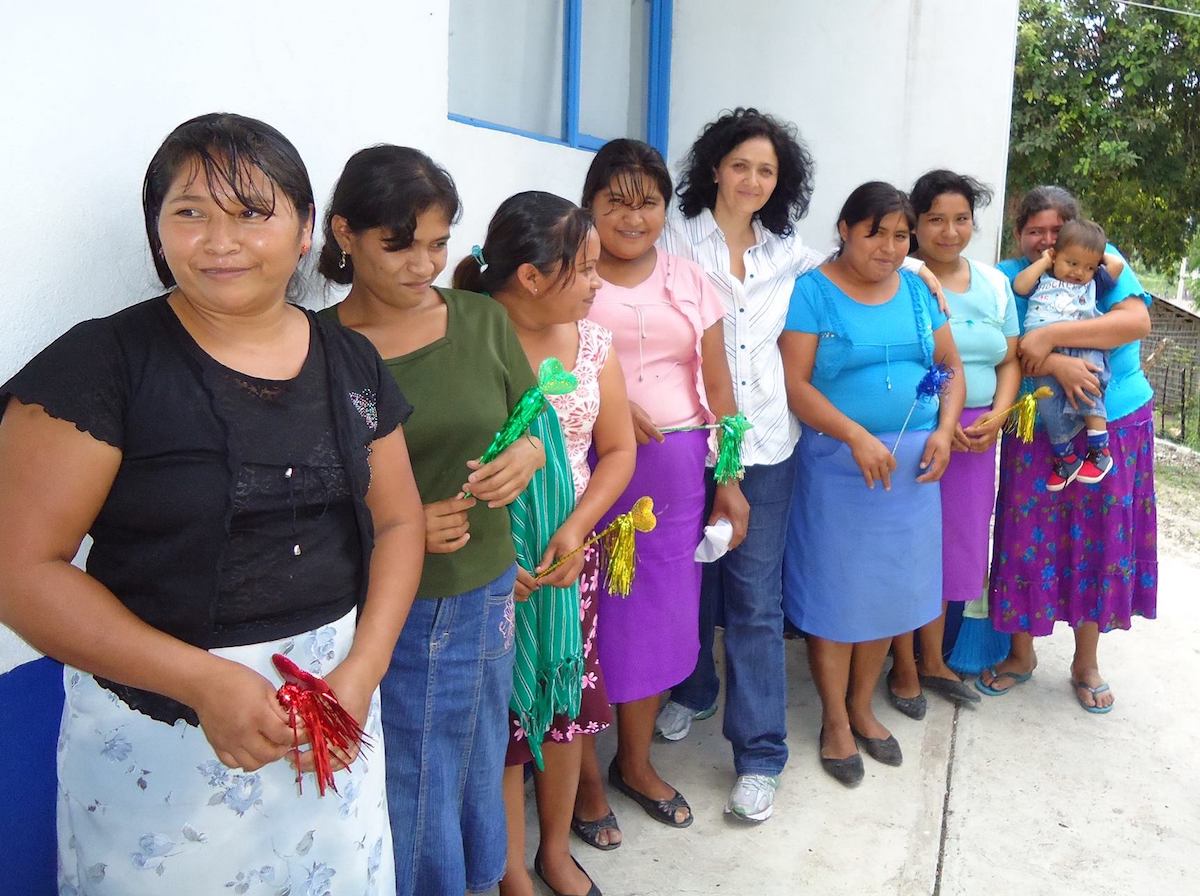 Fabiola: Why did you become interested in working with people who have been incarcerated?

Marcela: Many years ago, I was in Mexico City, and I came upon a call for women who had the courage to tell their stories. At that time I was going through a very difficult time in my life: I was experiencing domestic violence. So I told my story, and this exercise of writing it down expanded my horizons, it helped me heal, it helped me have a clearer idea about what I wanted for myself, for my life. And by writing this my wings spread open. I was pushed to make very serious decisions.

After I had written my piece, I got notice that it had been selected and that my story would be published in a book. I was awarded an honorable mention for it, which I received in Mexico City along with the published book. This really motivated me because I found a reason to keep giving back to society and participating within the public sphere. And then I said: Who else? Who else might find this useful? Who else needs it? And I thought about the women who are deprived of their freedom by incarceration. From there, I began the project of working with women who have been incarcerated on sharing their stories.

Fabiola: What were your main challenges in founding Nueva Luna?

Marcela: The main one was that I had no methodology. My practices in activism had always been to use the media to make demands or criticize public policy or the government, and of course, nobody ever joined me. I never had any spaces open for me because I didn’t even know how to look for them or how to ask for them. I knew how to criticize, throw things, and make demands. 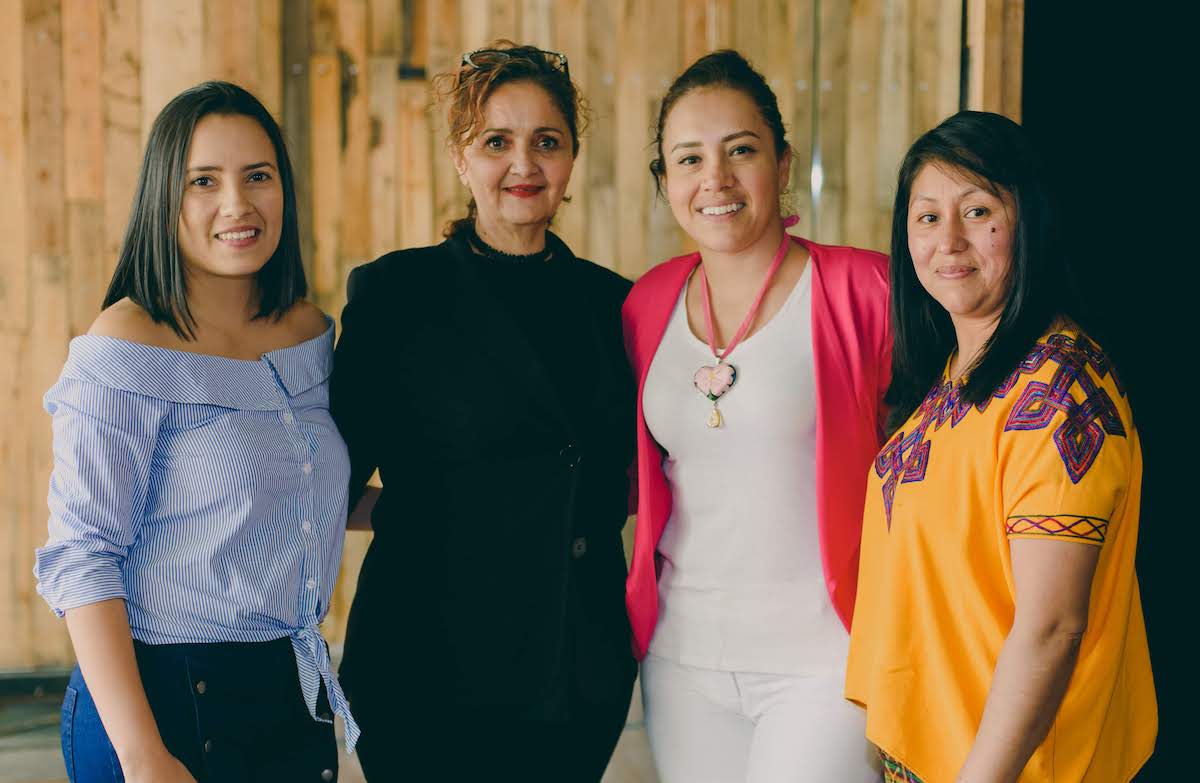 Fabiola: How did Rise Up come to your life, and what has it meant to you?

When I first saw Rise Up’s call for applications, I had been working for six months selling insurance. I felt suffocated; as if I had been pulled out of a fish tank into the soil. I had decided to leave that place and drop my activism because I was exhausted: I had been fighting for so many years and felt I had made no progress. So, when I received Rise Up’s call for applications via a WhatsApp group I was in with some of my peers, I thought, this is my call. So, I sent my documents, then I was interviewed and I was accepted.

All those days of training and capacity building were really important for me. It was as if the stars had aligned because everything we were reviewing I had seen at some point in my life and in my studies in public health, but had never been able to connect everything together and apply it to my projects. I started to understand many things. I met new people who made me feel like I didn’t need to be perfect, I just had to be myself and that what I had to contribute was valuable. It felt like together we could take all of our learnings and put them into action to deconstruct the glass ceiling. I had always taught that we must empower women, but back then it seems I didn’t apply that to myself. Rise Up’s advocacy training made me realize that I had never sat down with someone to talk about my own potential. I think that was really important because in that space they made me feel I had power, I had value, I was important, and that I could.

Before Rise Up, I didn’t have the skills I needed and I was very insecure. But in that workshop, every time I came into the classroom, I’d hear from my peers, “Wow, I like what you’re doing,” or “I like what you’re contributing…you understood that really well.” Then when we started working on our strategies and learning more about advocacy and public relations, it made me understand that it wasn’t Marcela the rebel or yelling in the streets that were most important, but rather strategy. First, you have to think, soaring above like an eagle to analyze and map the situation, and then you can start landing. That was really important for me because for so many years of my life I had lacked all the skills and techniques that Rise Up gave me! How much time did I waste? And only now am I realizing that the road to change requires method and techniques, and that it is measured and slow. I am also realizing that you have to start from your personal power.

Rise Up gave me a sense of belonging. When I entered Rise Up, I felt I was someone, that I was part of an organization, part of a powerful group. I felt I belonged somewhere, I was no longer alone.