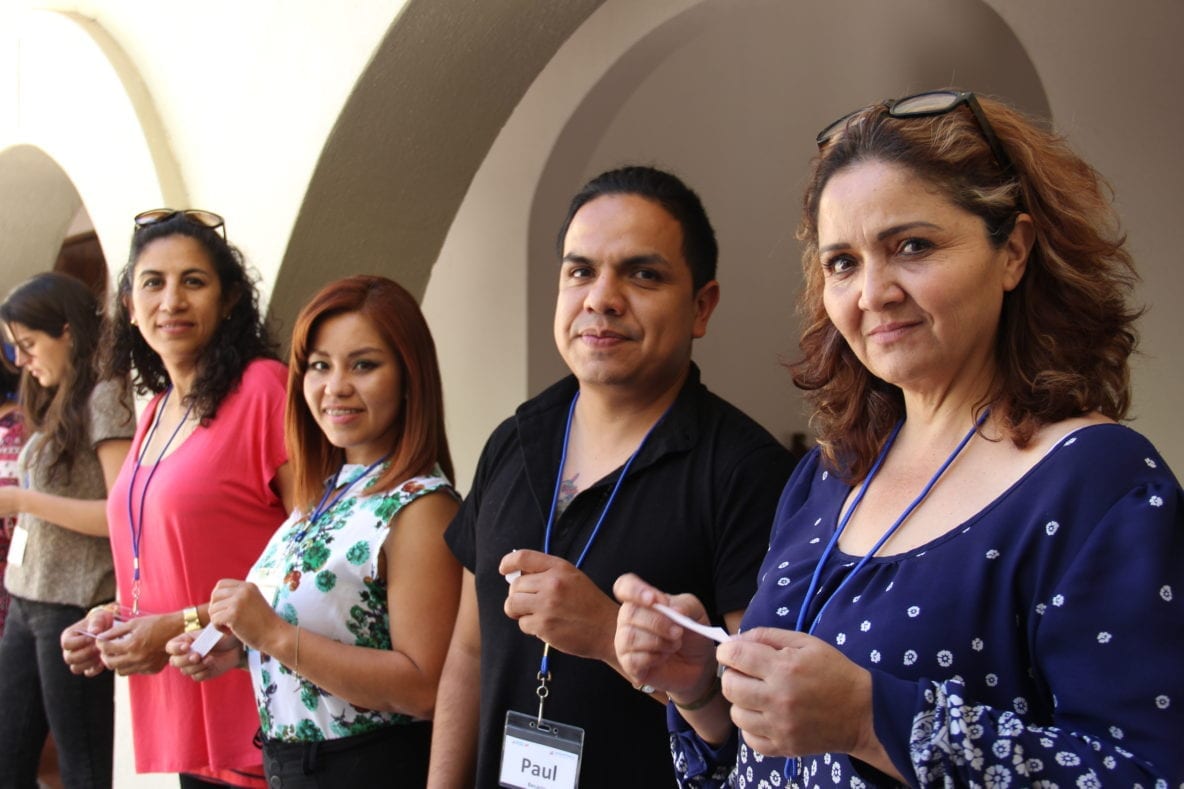 The following post was originally published by the Public Health Institute on August 14, 2018.

PHI’s Rise Up is committed to activating women, girls, and their allies to drive exponential change by strengthening leadership, investing in local solutions, and building movements – one community at a time, one country at a time. In March, with the support of Cummins Powers Women, Rise Up led a Leadership Accelerator Program in San Luis Potosí, Mexico, where 18 social entrepreneurs from across the state participated in a week long workshop built around Rise Up’s award-winning curriculum.

“All of the attendees are already interested in the education, health, and rights of women and girls – but often their work is so siloed that they were getting to know each other for the first time in the workshop,” said Josie Ramos, the Director of Programs for Rise Up. “It was an opportunity for them to build new alliances and begin to collaborate.” 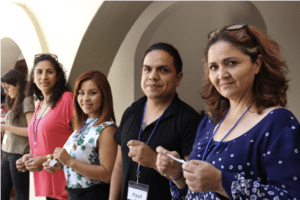 Rise Up Fellows attending the Leadership Accelerator in Mexico.

Over the course of the week, the fellows learned to use advanced advocacy strategies to create large-scale social change. Public policy has the power to either perpetuate or eliminate inequities faced by women and girls – and so finding the right policy to support, challenge, or strengthen at the right time, in the right place, can have an enormous impact.

The workshop’s curriculum provided information on situational and SWOT analysis, media tools and strategic communication, and capacity building – everything that fellows would need to pursue their advocacy objectives – except of course, the ‘magic-bullet’ solution.

“We are very participant-centered and we don’t come with answers,” said Ramos. “Our fellows are the ones doing the work. They are the ones who know the best solution or way to approach their issues. Our role is to share advocacy strategies, build relationships, and connect our fellows with as many continuing opportunities as we can.”

After the workshop, participants were invited to apply for grants to support advocacy initiatives they had created over the course of the week. Rise Up selected seven projects, and each grantee will receive funding and be paired with a mentor from Cummins Inc. to continue to build their skills throughout the year.

“We were very impressed with the diversity of the advocacy projects,” said Ramos. “Our fellows are each primed to tackle issues facing women and girls with a unique lens, approach, and target population in mind, and each has the potential to create lasting change.”

Here’s what they’ll be working on:

Rise Up is based at the Public Health Institute (PHI), a leader in public health and development for over 50 years. PHI is Rise Up’s fiscal sponsor and a 501(c)3 non-profit organization with a vision of creating healthy communities where individuals reach their highest potential. Rise Up is one of PHI’s flagship global programs benefiting girls, youth and women.